March 22, 2018 – After a provincial public comment period from October 27 to November 27 2017, and a federal one from December 4, 2017 to January 26, 2018, the provincial Minister of Environment, George Heyman, has granted approval to Burnco to build the gravel mine. We are still waiting on the federal decision and the zoning decision of the Sunshine Coast Regional District for a zoning change that would allow for Burnco to process the gravel on site.

BURNCO Rock Products wants to dig a 70 acre (30 Hectare) gravel mine, create an onsite crushing and processing plant, to produce 20+ million tonnes of aggregate over 16+ years. A conveyor bridge is to be build to a new barge dock terminal. The project will create only 12 direct operational jobs while it will threaten one of the very few remaining natural productive estuary in Atl’Kitsem / Howe Sound.

Why is this gravel mine proposal such a bad idea:

You can also use the My Sea to Sky letter sender

It is best to write your own original letter. Please use the information above, and make it your letter, that way it will have most effect!

What is at stake in McNab Creek?

b>Estuaries are massively important for aquatic life. Estuaries are among the most productive ecosystems on earth. Estuaries are naturally rare, comprising only 2.3 percent of British Columbia’s rugged coastline.

Kw’ech’ténm / McNab Creek is renowned for hunting, fishing, wildlife viewing and for its beauty, and quiet.

Kw’ech’ténm / McNab Creek is also one of the last few remaining natural and reasonably intact estuaries in Atl’kitsem / Howe Sound. Estuaries are very important for fish stocks to reproduce. The largest creek in the valley is a salmon bearing stream.

In the 2011 edition of the company’s project report, 21 species at risk were identified as potentially occurring on the property.

The Vancouver Aquarium is concerned about the salmon, and rock-fish at the estuary mouth. 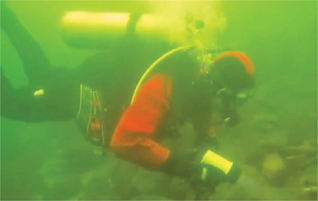 The ‘benefits’ of the project should be weight against the above described serious harm this project would cause.

What you can do: