Booming LNG industry could be as bad for climate as coal, experts warn

Liquefied natural gas developments on a collision course with Paris agreement, Global Energy Monitor says.
This article is from July, 2019, but since then global concerns about climate change have only increased as has the seferity and frequency of climate change worsened extreme weather events causing wild fires, droughts, and floods.

EDITORIAL: This is reconciliation, Squamish [and BC!]

“Many in Squamish speak of supporting reconciliation, but, to be meaningful, this has to be more than parroted acknowledgments before school assemblies and meetings. True reconciliation means some in town have to let go of the feeling and expressions of entitlement over land that was never theirs to begin with.
Squamish Chief, July 11, 2019

“The incentives offered to LNG Canada by the B.C. government include eliminating the LNG income tax, a lower price for BC Hydro electricity, exemption of the provincial sales tax on construction materials and a rebate on new carbon taxes. “
The Tyee, July 16, 2018

“Shell does not need handouts from the government,” Horgan [BC NDP opposition] said back in 2013.” After forming cabinet, Horgan and BC NDP have continued with LNG subsidies where the BC Liberals left off.

To help Howe Sound: be curious, and appreciate its gifts 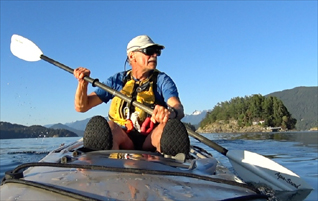 Bob Turner: ‘Collectively, we have damaged Howe Sound/Atl’kitsem through thousands of actions, some small, some large, some careless, some accidental. These go on today. But Nature is resilient. Recovery is underway. The way forward will require that we pay attention to what damages, and offset those with thousands of acts of repair, restoration and reconciliation, through creativity, collaboration and hard work, and also celebration and enjoyment.’

Who is watching the watchdogs?

The problem with self regulated environmental assessments: “My first feature in which the majority of my sources are anonymous — so grimy is the dirt they dish.” Journalist Anne Casselman
Anne Casselman – July 14 2015