You may know of the BC Government’s plan to export Liquefied Natural Gas (LNG) from our province. Former Premier Christy Clark envisioned the first LNG processing and export plant to be operational right here in Átl’ḵa7tsem / Howe Sound by March 2017. The parallel-proposal to this project, the twinning of the Eagle Mountain Woodfibre natural gas pipeline would make expansion possible over time and would lead to 30 LNG supertanker trips per month each way, going up and down Átl’ḵa7tsem / Howe Sound.

See our Burnco Gravel mine page and find out what you can do to stop this project. 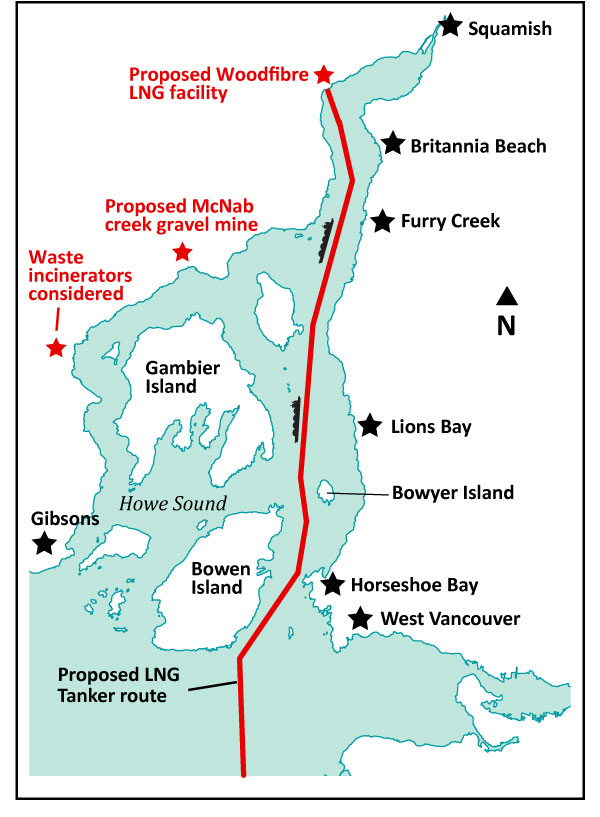 The environmental degradation was caused by the Britannia Copper Mine which operated from 1900 to 1974, the Nexen Chlor-Alkali chemical plant at Squamish(1965-1991) and the paper and pulp mills at Port Mellon(in operation) and Woodfibre (closed 2006).